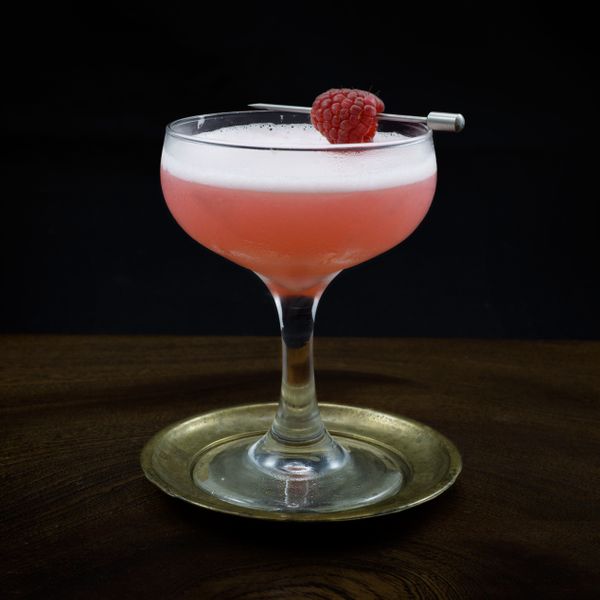 The Clover Club, invented at the raucous turn-of-the-century dinner establishment of the same name, was all the rage in the teens before quickly falling out of favor. Such a decline in popularity isn't really surprising. The cocktail is kind of a pain to make, and suffered greatly from ill-advised substitution. Grenadine was commonly used as a fill-in for the more exotic raspberry syrup, but these two ingredients are nothing alike. As egg fell out of fashion, the recipe lost another integral component, and the cocktail quickly became unworthy of the drinker's glass.

When made properly, however, the Clover Club is an exceptional drink. It's one of those special recipes where fresh ingredients combine with bottled spirits to form something wholly unique in color, texture, and flavor. The mixture that pours from the shaker is greater than the sum of what went in. Even before the first whiff, the drink is beautiful to look at. It pours out chalky and pink before gracefully settling into a regal magenta, which contrasts beautifully with the white froth. The juniper and lemon balance nicely with the raspberry, and the egg creates a frothy, indulgent texture.

With a bit of time, preparation, and a few fresh ingredients, an exceptional Clover Club can be prepared with only basic bar items. While several premade raspberry syrups exist, we highly recommend making it yourself. It's cheap, better tasting, and simple to make: start with a normal 1:1 simple syrup, then add a cup of fresh berries to the pot. Once the berries have broken down, strain and bottle it. If you are shy about drinking egg, most grocery stores carry pasteurized egg white. Dry shaking isn’t necessary, just give the drink a good long workout over ice pellets, until most of the ice has dissolved. The more delicate, floral notes of this drink can be overpowered by a strong batch of lemon; if your lemons are particularly zesty, use a scant measure. If you don’t have dry vermouth, don’t worry: an extra quarter-ounce of syrup should do the trick. Serve up with a fresh raspberry for garnish.

Unified by a liberal use of juniper, the gin family is one of the fundamental base spirits and a necessity in any bar
Poet's Dream: london dry gin, dry vermouth, benedictine Monkey Gland: london dry gin, orange juice, absinthe Tom Collins: old tom gin, simple syrup, lemon juice
Let's be far away friends