This 50's classic blends the tiki canon with a classic daiquiri 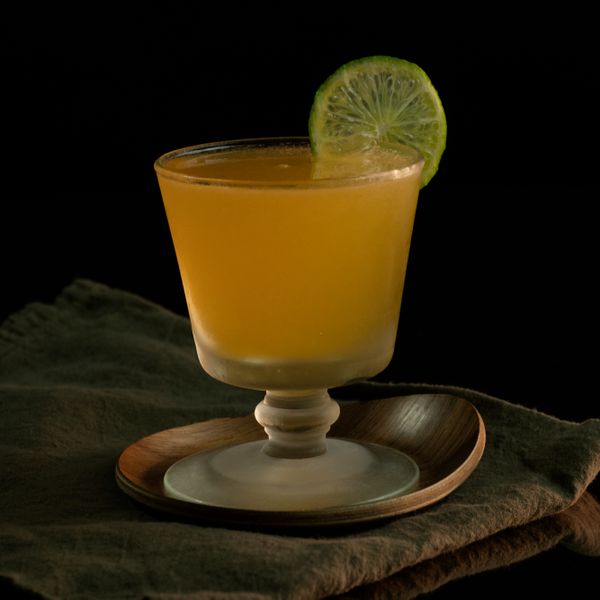 The gentleman’s club has long been a source of revived cocktail favorites and it would be reasonable to assume that this newer classic was created to serve the members of the eponymous club. Yet, while it borrows its name from the third oldest ‘Royal’ club outside British shores, we struggled to find confirmation that this drink was created there; perhaps cocktail books latched on to the club’s sailing theme, tropical association, and royal prestige. While exploring the drink’s history, we found it to be commonly attributed to Trader Vic, and while the Royal Bermuda Yacht club was indeed included in an early edition of Trader Vic’s Bartender’s Guide (1947?), the framework was laid for Vic’s spin by 1941’s Crosby Gaige’s Cocktail Guide and Ladies’ Companion. This version seems to have been the first to scribble a mix of Barbados rum, fresh lime juice, orange liqueur, and sweetener. Trader Vic turned up the tropical flavors by substituting spiced falernum in place of simple syrup and call specifically for orange curacao.

We first came across the drink while flipping through the pages of Shannon Mustipher’s book Tiki. We were instantly attracted to the recipe’s blending of daiquiri and tiki formulas (or “proto-tiki” if you'd like), and while the drink does roughly follow these blueprints, the result is something totally unique. The falernum, orange, and darker spirit base add a ton of complexity, while the nose has a funky rummy flavor with nice fruity notes of orange. The scent from the falernum, orange, and aged rum weave together for a really lovely and complex aroma. At first sip, it’s sharp on the tongue followed by very present spices from the falernum, vanilla, and molasses. While the daiquiri is the obvious comparison, its beautiful marigold hue and use of aged rum evokes a dressed-up planter's punch. One might say it’s the mullet of island drinks: classy daiquiri in the front and sloppy tiki in the back.

Mustipher’s recipe calls for an aged rum, but the final result will hinge on the style employed. If you have a really bold, oaky, vanilla-forward aged rum: splash away. If your aged rum is on the simpler side, you might be happier with a blend of gold and dark rums. We’ve also made this drink with a blend of navy and white rums to wonderful results. For the orange liqueur, our preference is towards Curacao, as called for in the book. Our bottle of choice is Pierre Ferrand dry Curacao, which we always have on hand.