A sure to please punch perfected by centuries of adaptation 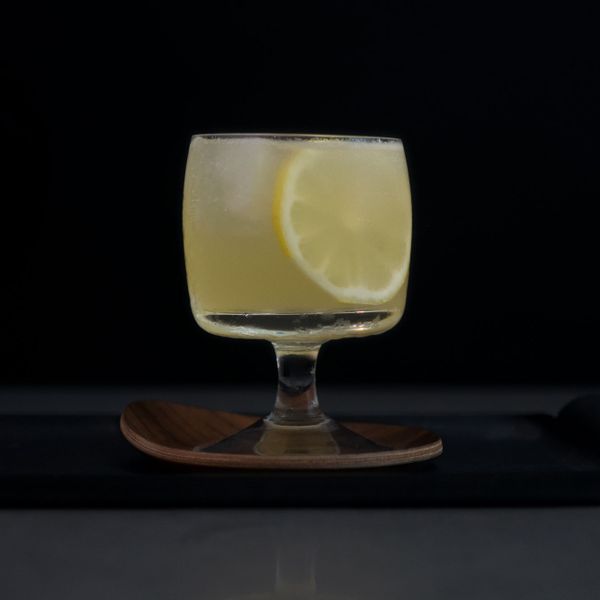 The Schuylkill Fishing Company was founded in 1732. Not a company in the modern sense, but more a company of friends, it began on the 135-mile river that bore the same name, just outside the budding city of Philadelphia. It is the oldest angling club and longest-running continuously operated club in the United States. For our purposes, which are the most important kind of purposes, it is also the origin of one of the greatest American cocktails. For club associates, the fish house referred to a cabin on the banks of the river whose members and visitors—some of whom were presidents, generals, and politicians—would drop their credentials and help cook, clean, and make drinks.

The earliest versions of the recipe are a bit mysterious, probably because the drink was a carefully guarded club secret. The first published version came from Jerry Thomas’ landmark How To Mix Drinks, though the recipe was credited to Charles G. Leland, who was a member of the club and purportedly gave it to an editor of Wine Press. The original had tons of sugar in it; something that was later amended by the club and covered in the Philadelphia Times, who said the members had been forced to cut back on the sweetener due to “frequent attacks of gout.” Charles H. Baker published yet another variation in 1939 that used more peach, which most contemporary versions resemble.

Our version of this drink is based on the recipe printed in Cocktail Codex, which takes Charles Baker’s interpretation and slims it down to a single portion; substituting peach liqueur for the now extinct peach brandy and replacing Baker’s request for spring water with soda water. Sporting a lemony nose and a big, rummy body with strong peach elements, this drink may be the ultimate sunny day sipper; something David Wondrich hilariously explains in Imbibe!, stating that it “deserves to be protected from law, taught in schools, and made a mandatory part of every fourth of July celebration, with dilute portions given to those not yet of legal age, so that they may be accustomed to the taste.” Beaming yellow in color, it hides all direct hints of booziness and—we mean this in the least condescending way—might taste like the best lemonade you’ve ever had.

This drink has undergone 300 years of modifications and is pretty perfect as is, so substitutes and alterations aren’t really necessary, though we might add that the nutmeg isn’t required. Depending on the season, you could substitute various stone fruit sweeteners: pear and apricot in particular. It is of course a punch, so you can also make it at a larger scale. Many recipes request putting the seltzer in first—this causes the drink to be a bit more mixed together than a traditional “top” method, though a quick stir will achieve the same effect. Cocktail Codex recommends a short shake when preparing this drink, which makes sense in combination with the seltzer and shouldn’t be ignored.