Port and dark rum combine for a transfixing lost classic 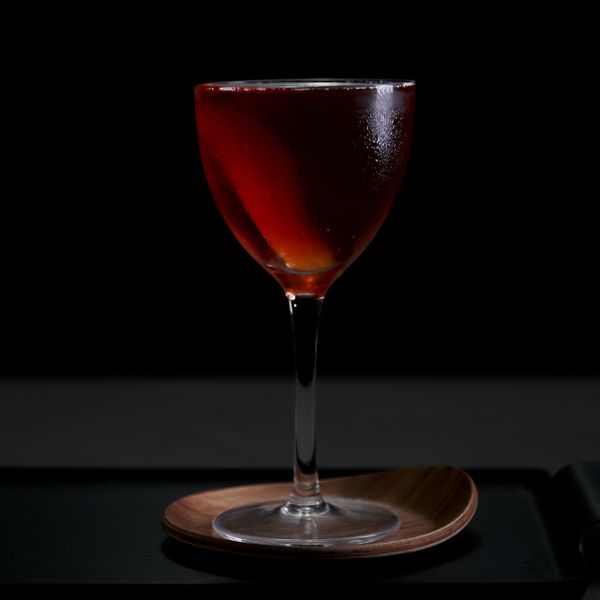 At the turn of the century, Wall Street stockbroker James R. Keene rode wildly fluctuating waves of monetary gain and loss, fueled by a fledgling Wall Street stock market. Through periods of fortune and disaster, Keene continued building a popular stable of racehorses, which won at an unprecedented pace and elevated him to a level of fame never achieved through business. Around the turn of the century, thoroughbred racing was one of the most popular American sports, and it fueled a wild culture of gambling and drinking. Cocktails like the Suburban were created for these turfy folk, and often were named after the most famous figures in the sport. In the 1935 edition of the Old Waldorf-Astoria Bar Book, the editors note that “cocktails by the name of Futurity, Suburban, and so on celebrated the triumphs of James R. Keene and his racing cohorts and other famous stable-owners or near-by courses.” David Wondrich claims in Esquire Drinks that the drink was named after the Suburban Handicap, a racetrack in Sheepshead Bay where Keene’s horses frequently raced. Though the Waldorf is never so specific, it does claim responsibility for the drink, noting that “every big or spectacular event claimed its appropriate honorification at the hands of those Waldorf dispensers of drink.”

The Suburban caught our eye for a couple reasons, but mostly we were impressed by how fanatically Wondrich spoke of the mixture: “if you could distill carved oak paneling and club chairs, leather-bound volumes and three-cushion billiard tables, this is what you’d get.” The Suburban is a true winter cocktail: it has all the elements of a Manhattan, but with more vanilla, cherry, and orange. It’s an excellent option for lovers of the classic who are looking for something a little smoother or more winter friendly. The original version of this recipe requests dark Jamaican rum. The rum that you choose is important, but in our tests the funkier qualities of Jamaican rum were mostly lost; it’s more important that it has the oak, vanilla, and cherry notes of a good dark rum. The original recipe, as well as Esquire Drinks, recommend only a port wine, with no specific bottles. We used a tawny port, which is common in cocktails. We thought it worked great, but feel free to experiment with any variety, so long as it isn’t too dry.