An innovative and off-beat classic highlighting a novel sweetener 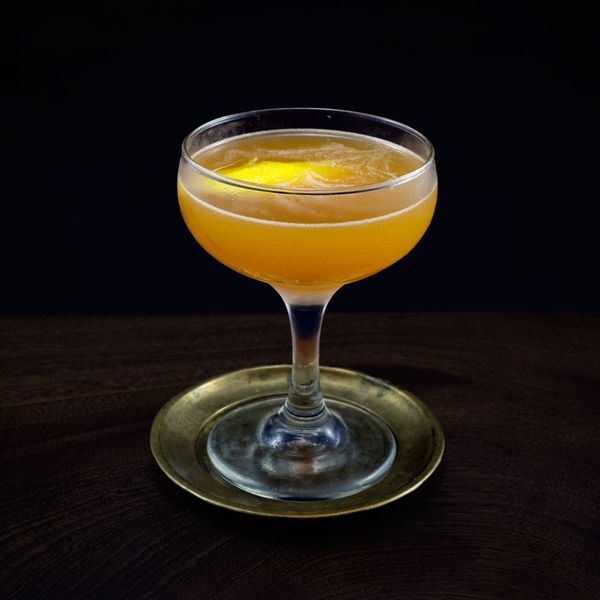 The Japanese cocktail is notorious for a handful of things: it's a very old cocktail, published in Jerry Thomas’s landmark 1862 book How to Mix Drinks; it was the first mixed drink to be named something other than “Whiskey Cocktail”, “Brandy Cocktail”, or some other similarly obvious epithet; it might be the only cocktail Thomas invented himself; and finally, it was the first cocktail to feature more than a dash of a fancy sweetener, orgeat.

One-hundred and sixty-five years later, orgeat remains a novel sweetener, mostly because of its relative obscurity. In the early 1800s, large quantities of ice were not always available, making it difficult to keep dairy fresh. Bakers and home cooks could not consistently keep milk on hand, so they turned to almond and barley syrups. By the time Thomas was writing his book, purchasing ice was cheap and easy, making it possible to craft cocktails, and also easy to keep dairy cold. Left high and dry, almond syrup evolved into a cordial, usually dressed up with a bit of orange flower water or rose water, depending on the locale. Eventually, lack of demand would make orgeat hard to find, but in 1860 it was probably still commonplace, and an easy mental leap to make from simple syrup.

The Japanese is a weird drink, and given the wrong circumstances, can be less than delicious. However, with some tinkering, it can be a tasty and fun way to try out almond syrup. The key is to find the right balance, since both brandy and orgeat can vary in sweetness. We recommend beginning with the recipe printed here, which is quite dry, and adding dashes of Orgeat until the drink feels balanced. Almond syrup may be tricky to find. If you can’t locate a bottle from a quality source (such as Fee Brothers or Small Hand Foods) try making it yourself. Your hands might get sticky, but the smell of almonds and rose water in the air is worth the mess.